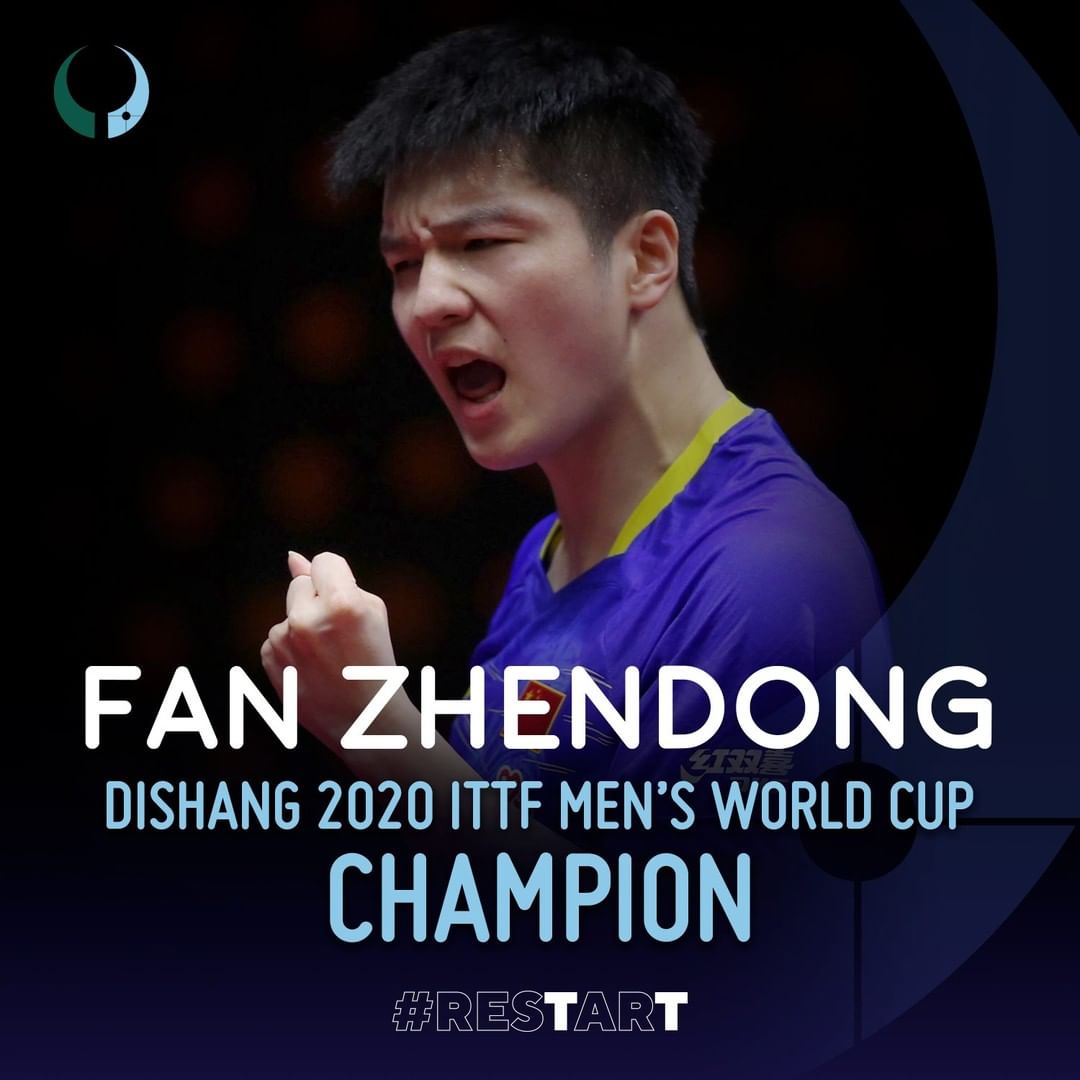 The men’s world cup #RESTART has been a treat to all the table tennis fans around the world. Day 3 bring sthe closure of the Dishang 2020 ITTF Men’s World cup with World No. 1 Fan Zhendong as the champion. Congratulations to the no. 1 seed and now four time World Cup Winner. This event was more special because of insightful commentary from England Top Player Liam Pitchford.

“I would like to thank the Local Organising Committee and the ITTF who, under such difficult circumstances, managed to pull off one of the biggest events like the World Cup. I would also like to thank my team. Despite this pandemic, we could continue to train at a very high level. After eight months without international events, I didn’t feel very rusty or unable to do what I set out to.” – Fan Zhendong

That’s all for the Dishang 2020 ITTF World cup coverage, we will be back with more event coverage soon.

Quality Table Tennis Content. Never more than once a month.