Who Are the Greatest Table Tennis Players of All Time 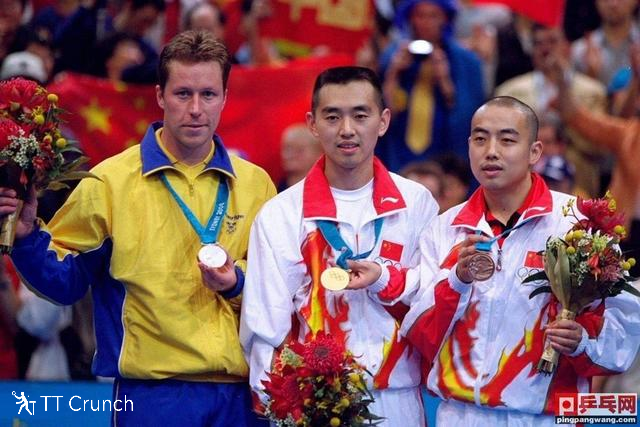 Table Tennis has been played since the beginning of 19th century, yet it was introduced in Olympics 1988. Ever since the introduction in Olympics, table tennis has gained more popularity around the globe. Easy to learn but difficult to master. But there are professional paddlers who are masters and there are few more that have achieved everything in table tennis, notably the Grand Slam.

It is always difficult to say who are the greatest table tennis players, even for any other sport there are multiple arguments that X is better than Y etc. In this article, we will focus on the players who have achieved Grand Slam in table tennis as that is ultimate achievement in this sports and without a doubt these legends are the greatest table tennis players of all time. The ITTF Hall of fame list is also a list of great players and all of the Grand Slam winners feature there as well.

Jan Ove Waldner from Sweden is the first one to achieve the Table Tennis grand slam. He is also the only non-Chinese table tennis player who has achieved this feat.

Jan Ove’s career was one of the most remarkable player and able to play for a very long time is a feat in itself. His artistic play and innovation on the table has made him earn the title of “Mozard of table tennis”. He has also earned a nickname “Evergreen Tree” from the Chinese.

He is one of the seven players to have played in the first five championship years during which he won an Olympic Gold in 1992 and Silver in 2000. He won three gold medals in 1996 alone in the European Championship singles, doubles and Team competition.

His serves, blocking and forehand topspin were real weapon feared by many players from different era.

Liu Guoliang was the first Chinese to achieve a Grand Slam. He is the only penhold style player to achieve this feat.

He is the second man to achieve a Grand Slam of 3 major tournaments. Won 2 gold medals in the 1996 Olympics, men’s singles title in the 1996 WC, World Singles Championship in 1999, and the World Doubles Championships in 1997 and 1999. Liu announced his retirement in 2001.

Liu Guoliang was appointed as Head coach for National Men’s team, he is the most successful by winning almost every men’s singles title from 2001 to 2018.

He was also elected as president of the Chinese Table Tennis Association in 2018 and he was Announced WTT Council Chairman in 2020.

Kong Linghui was the third one to achieve career grand slam in Table tennis. He was born on 1975 in Harbin, China. Kong was also a shakehand grip player and perhaps inspired use of Shakehand grip as mainstream grip in China after Jan Ove Waldner.

When he was 17 years old, then national team coach Cai Zhenhua decided to send him to Sweden for exclusive training for 5 months. It was an attempt from China to counter the dominance of European men in the early 90s table tennis.

Within three years of returning from Sweden, he reached the world with no one ranking. Kong also served as the head coach of the Chinese national women’s team.

Zhang Jike was the fourth one to achieve this feat and perhaps his dominant backhand style is now used by vast majority of current players. He is among those players who have gained reputation world wide for his charisma and style. Also, he is the fastest player to do so, winning all three major titles within 445 days.

Zhang was born on February 16, 1988, in Qingdao, Shandong Province of China. His father, Zhang Chuanming, is a table tennis coach. He started playing table tennis at the age of 4.

He was last seen playing in 2018 and probably retired from table tennis now.

Ma Long is the only player in the history of table tennis to achieve double Grand Slam, most of the people refer Ma Long as the GOAT - Greatest Of All Time. In the recent years, he has won many big titles back to back and surpassed the track record of legends like Jan Ove Waldner.

Perhaps his greatest accomplishment is holding the #1 rank in table tennis for an astonishing 34 months in a row. He held the position for a total of 64 months throughout his career.

Ma Long achieved double grand slam after winning Olympics 2020. He is a role model for generations. Ma Long forehand is regarded as his best weapon and his best skill to find opponents weakness and adjust his game to exploit that weakness.