Pickleball is like Ping Pong, where You play while standing on Table 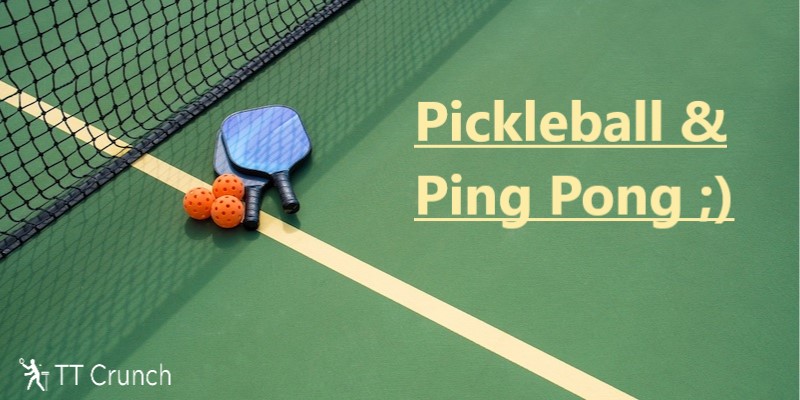 Pickleball is a new sport that is gaining popularity around the world. But this game naturally comes to a Ping Pong player for multiple reasons :-

Pickleball is actually like ping pong where you play while standing on the table.

Your ping pong skills will quite easily transfer to pickleball and you can even defeat some of the experienced players ;)

Pickleball paddles are manufactured by some of the famous brands such as Head, Wilson, Babolot, Adidas, Diadem, Gamma etc. Tennis players are familiar with most of the brands as they create best quality tennis rackets. Check Tennis Warehouse for some of the rackets.

Trivia : Do you know how pickleball name was invented? :)

Comparison of pickleball with table tennis

Let’s look at pickleball and table tennis similarities and differences -

Some Interesting points and analysis

Good pickleball players usually try to hit at other elbow as that is a transition point for backhand/forhand. Good ping pong players are already habitual to such things and those elbow shots doesn’t bother them much. Watch out pickleball player if you play with TT guy, it might be you would get hunted ;)

In Table Tennis there is no concept of volleys, you need to have on bounce on your side before hitting ball to opponent. Plain and simple but in Pickleball. you can hit a volley(similar to tennis) and this is a surprise element for table tennis players.

Basically in Table Tennis you win a set when you score a point when you win a rally. In Pickleball. you need to break others serve and only then you can score point on your own serve.

One part that is tough for ping pong player is when the ball is hit near legs, because in table tennis you are not in the court and the paddle size is small. You need to create space, that is a skill that is lagging but it is also a skill that can be learned easily.

The biggest different is that you are standing on the table, just like Ma Long ;) 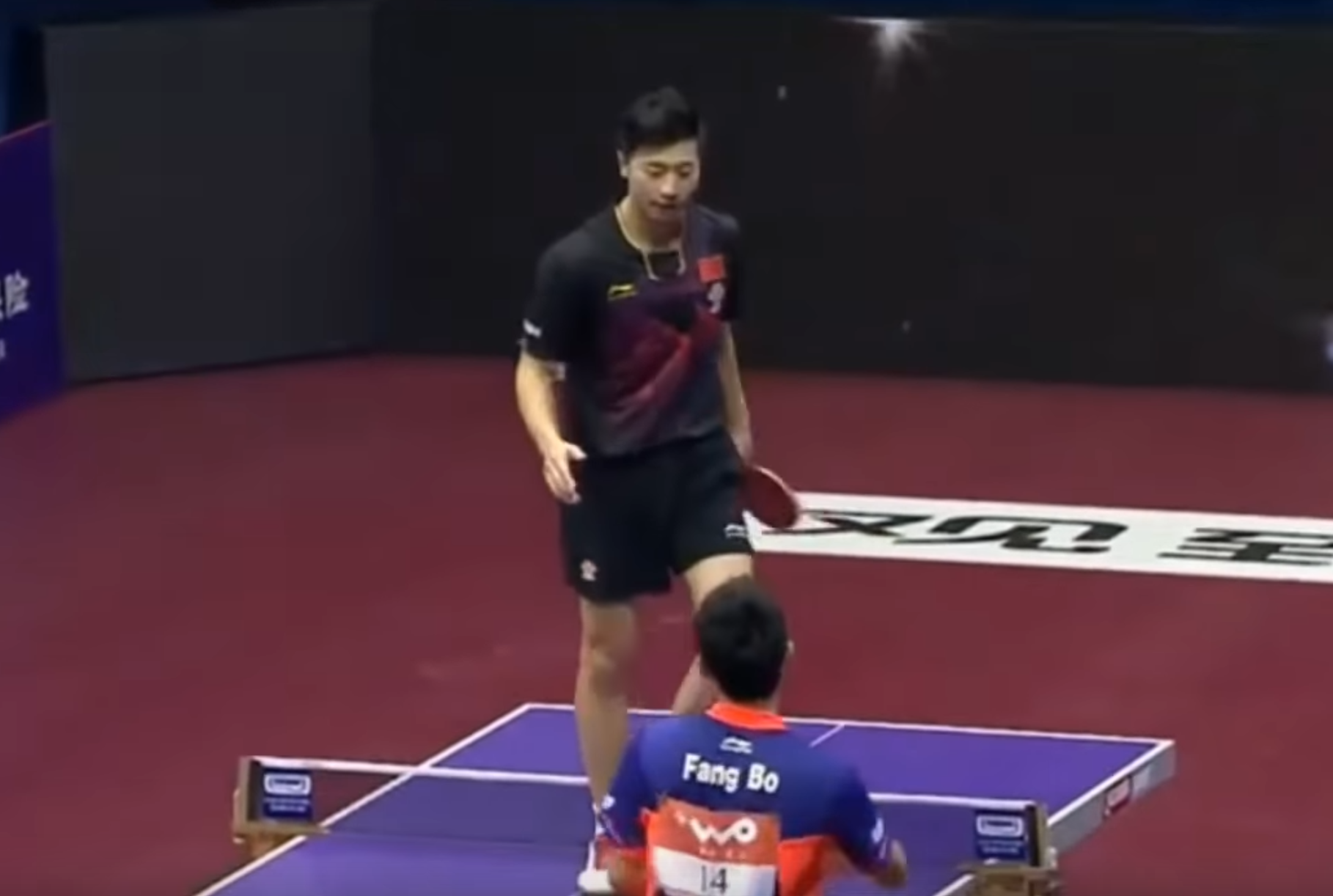 Pickleball and Table Tennis are quite common where you have to throw the ball over a net to your opponent’s side until someone isn’t able to return it. Pickleball is another racket sport game which is fun and easy on the body and as a ping pong player, you will enjoy it for sure.